Design, manufacture, assembly, test, installation and commissioning of customised solutions for the nuclear and defence markets. 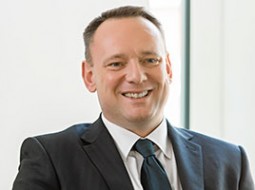 Ansaldo Nuclear specialises in the design, manufacture, assembly, test, installation and commissioning of customised solutions for the nuclear and defence markets.

Previously owned by LDC, the business is the UK arm of Ansaldo Nucleare SpA, the sector company of Ansaldo Energia Group. Ansaldo Energia is a leading international player in the power generation industry and is 59.9% owned by CDP Equity, part of the Cassa Depositi e Prestiti Group (an Italian state-owned entity which has been promoting the country’s economy since 1850), and 40% by Shanghai Electric, the world-leading producer of power generation machinery and mechanical equipment.​

The successful candidate would be a strong leader, responsible for defining, communicating and executing the organisation’s future strategy and meeting the growth expectations of its investors. Expected to take a “hands on” approach to expanding the company’s market footprint, they would build the team to deliver on the company’s aspirations, strengthen existing client relationships and drive the technical development of both the core software products and suite of ancillary services.

Knowledge of the UK contracting market was essential, as was an understanding of the UK nuclear market and its stakeholders. A track record in the successful delivery of complex engineering projects in a safety and quality critical environment was also important.

With vital research support from Directorbank’s Maire McKay, a comprehensive search process was undertaken referencing, and taking referrals from, our proprietary network. A detailed market mapping exercise was also completed as well as a tailored advertising campaign to ensure all avenues were fully explored.

More than 60 candidates were profiled and Simon met eleven of these at the screening interview stage. A final shortlist of six candidates was presented to the Client culminating in the successful appointment of Andy Titley. Andy started the role less than four months after Directorbank had been instructed thus demonstrating an efficient, high quality service.

Andy is an entrepreneurial leader with the right mix of contracting, nuclear and complex project experience. His career history includes 30 years’ as Engineer, Project Leader and Company Director across the Nuclear, Military and Railway industries, both nationally and internationally. Previous roles include Programme Director of both Jacobs Engineering and SSE Enterprise, and Project Director at Siemens.

“A very thorough piece of work by Simon and Maire who kept us informed every week to ensure that all parties, including the Italian parent, were kept up to date. Detailed assessment and analysis of the candidates ensured we had a high quality field to select from. Andy has made a positive impact since joining us in May 2019.”